Obama Economy Chart of the day

Back in early August, I posted a chart that compared the GDP growth rate of inflation.

It showed that the GDP was growing slower than the rate of inflation, or to put it more simply, the money you have is losing value faster than the economy is growing.

It’s time for an updated version of that chart, since the Fed just reduced the GDP rate for Q2 2012 to 1.3%, not the 1.5% they projected back in early August. 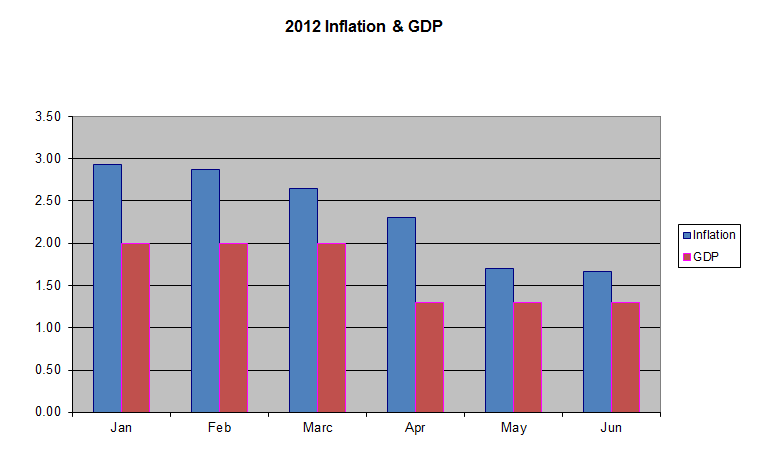 As you can see, the economy under our Dear Leader’s regime is clearly going in the wrong direction.

1 thought on “Obama Economy Chart of the day”