I had to pick up another mobile phone number, so I went looking for a basic phone to get to put it on. I called my cell provider, AT&T, and was pointed to the LG CF360. The physical design is good. It feels solid, the sliding is smooth and locks/unlocks easily. It’s got Bluetooth support and has a micro-SD slot.

The UI is an utter piece of crap, and that is an insult to crap, which can be put to good use as fertilizer.

It’s a fornicating phone, being able to access my call log would actually be useful, so what ever brain dead software “coder” working in what ever sweatshop he/she/it deserves to stay in decided to leave that functionality out.

If I ever get my Razr back from one of my kids, I’m moving the SIM card over to the Razr.

Biden ignores the peasant and his quaint ideas.

A spokesman for the GOP responded to the VP’s visit:

“Vice President Biden probably decided not to take questions today because he didn’t want to fess up as to why Wisconsin has lost over 73,000 jobs since the stimulus was enacted.”

Current case in point, Elena Kagan, whom our Dear leader wants to put on the Supreme Court.  In digging through what little paper trail she has generated, National Review has discovered that Ms. Kagan has compared the NRA to the KKK.

Let us review the basic history here, which Ms. Kagan is clearly unware of.

The National Rifle Association was formed after the Civil War by former Union Army officers to promote marksmanship.

The KKK was formed after the Civil War by former Confederate Army personnel to express their displeasure at people they still considered property conducting themselves as free citizens of the Republic.

One way the KKK expressed their displeasure was by murdering these new citizens of the Repubic.

Their victims reacted in a logical manner in a free society, they exercised their Constitutional protected rights to Keep and Bear Arms and defended themselves against the murderous thugs of the KKK.  The KKK didn’t like their victims to be able to shoot back, so they contacted their friends in the state legislatures to pass the very first “gun control” laws in the United States of America.

So, either Ms. Kagan is woefully ignorant of American History, or she is deliberately ignoring  the facts in order to promote a political agenda that runs counter to the Constitution of the United States of America.  Either one is not a good sign in a potential member of the Supreme Court.

Set the way back machine for 1971 and dial for one of the masters of B-Movies, Roger Corman. The scenes of WWI fighter combat are the reason to watch this film. The historical accuracy is hit and miss, the planes are fantastic!

Pandora kept bring up Bill Kirchen’s Hammer Of The Honky-Tonk Gods, and their algorithms are pretty good, since I really like it. I bought it off Amazon and put in the heavy rotation playlist.

Stewart really summed it up:

This is the Republicans’ fault? Really? Even if they fronted the patsy, y’all voted for him. They didn’t trick you. They didn’t enter a guy with a misleading name like Grit Gravy Biscuit or Nascar Johnson or Robert E. Leebowitz. It was Greene, Greene versus Rawl and 100,000 Democrats walked into a polling place and said, “I don’t know either of these guys. I guess I’m ill-informed and I could easily not vote but fuck it, I like the color green more than the color rawl.”

He obviously has a low view of serfs daring to ask him questions. He forgets that here in America, the “serfs” are free citizens, and he bloody well is answerable to them.  Hopefully, November will bring some change to North Carolina and this clown will be looking for a new job. 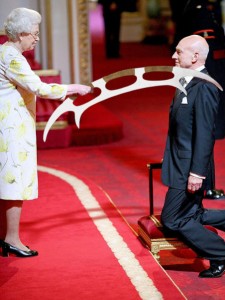 Two conservative women point out the hypocrisy of the sexist liberal bed wetters over at Newsweek.

Lori Ziganto is first, with this delicious bit of snark,

They don’t comprehend that as strong and confident conservative women, lacking an ounce of our liberal counterparts’ perpetual victim hood, we embrace all aspects of our gender. As such, we have no problem looking pretty whilst vivisecting you verbally in an argument. We aren’t simpletons; we can multi-task! And we know that if one appreciates how you look, it doesn’t preclude them from also appreciating your mind and your political discourse. Well, at least it shouldn’t. Evidently, that isn’t possible on the left.

Then Dana Loesch joins in.