“The President does not have power under the Constitution to unilaterally authorize a military attack in a situation that does not involve stopping an actual or imminent threat to the nation.”

Blood of Heros by Steve White

A well researched time travel tale. The author lays out the rules for time travel in his future universe up front, which is a plus in time travel stories. Our heroes travel back to bronze age Greece to observe a historical event and then the fun starts. They run into humanoid aliens. Very long lived, technologically advanced aliens. These aliens didn’t reproduce very often, but they had been there long enough produce a second generation. The older ones had names that included Chronos and Theia. The younger ones included Zeus, Hera, and Apollo. You can see were this is going. There is much action and adventure (adventure: bad things happening to other people far away). A fun read with two sequels already.

“Essentially, the Tea Party are the Hell’s Angels, but with sun visors instead of switch blades. They push macaroni instead of meth. Mess with the Tea Party and they’ll put your dog in an American flag sweater on a hot day.”

Let’s start the fun with the CDC Study Ordered by our Dear Leader, Barack Hussein Obama, that Contradicts White House Anti-gun Narrative. Don’t expect reality to get in way of their “progressive” political agenda this time either.

BHO’s former Sec. of State, Hillary Rodham Clinton yelled at a congressman in a briefing just after the Benghazi terror attack for calling it a terror attack.  Again, reality didn’t fit the Obama political agenda, so reality had to be denied.

While Barack Hussein Obama tries to spin away his very real scandals by calling them “phony,” Jim O’Sullivan correctly identifies Obama’s so called “economic recovery” as the real phony.

On the topic of the Obama economy, the CBO reports that our Dear Leader broke a new record, four years of federal deficit over $1 trillion. That is a trillion dollar plus deficit for each of the first four years of his “occupy the White House” golf tour.  The current US debt is $16.9 Trillion and growing.

Forbes reports that the German Green Energy Bluster Running Out Of Wind.  It seems that unreliable wind produced energy can’t compete without massive government subsidies. Combine that with their policy of shutting down carbon neutral nuclear power plants that deliver steady energy at a lower cost than the very expensive wind turbines, and you have rapidly rising energy costs and cold German winter on the way.

No surprise here, but Hillary Rodham Clinton is throwing Tony Weiner under the bus for his sex scandal.  Mentioning her husband’s sex scandals would be in bad taste, so ya, he had a lot of them.  HRC responded to those by attacking the women who dared bring up her husband’s sexual harassment.  Yup, if it wasn’t for double standards, democrats would have no standards.

An interesting, but long, story about a Nazi attempt to knock out the Panama Canal just before the US becomes involved in WWII. The plot is foiled by a collection of ‘expendable amateurs.’ This book was interesting to me personally in several ways. First, I’m a more than average history buff, I enjoy military fiction, and most of the action occurs in the Canal Zone, where I lived for a couple of years as a kid. There are some interesting characters in the book, some of which are slightly more filled out than your typical cardboard cutout character. The action scenes are well written and are clearly carefully story boarded. There is also a very good, and shorter, book trapped inside this novel waiting to get out. I was reminded of an interview with an author who pays his mortgage with sales from e-books, in which he points out that he budgets for an editor for all of his books. Those carefully story boarded actions scenes I mentioned, you read almost all of them multiple times as the author provides multiple viewpoints for each fight. These are not blended together to provide a fast narrative that conveys the chaos of combat. You get the full action sequence played out, in full, from two or more perspectives, one right after the other. If you enjoy this type of book, and have the time to kill, give it a go. If you don’t have the patience to slog through a book that really is much too long, then don’t start this one.

“Let Bo ride on the press plane with the rest of Obama’s pets.” 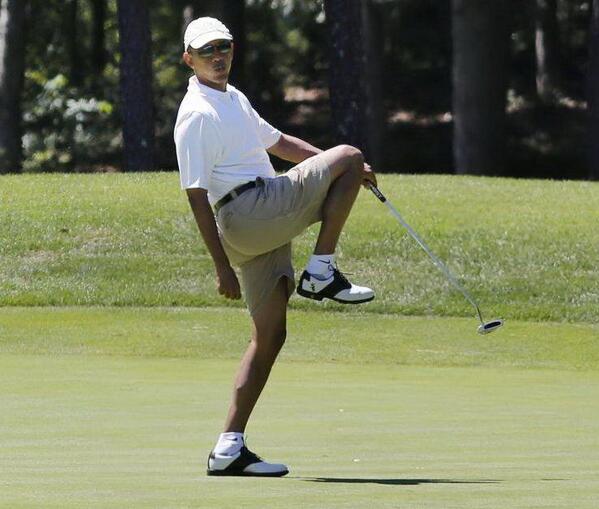 Nice little comedy with some decent star power in the way way of Bruce Willis, Vince Vaughn, and Catherine Zeta-Jones. You don’t see much of Zeta-Jones, but what you do is good eye candy with more than a phone in acting. The movie is based on the book by Beth Raymer, and the movie appears to follow the book fairly faithfully. A fun flick, well worth the rental fee. Oh, bonus casual upper torso nudity by That 70’s Show alumni Laura Prepon.

The New York Times company sells the Boston Globe at a massive loss.

The brand just isn’t worth what it used to be.  Could it be that alternative media has allowed sophisticated news readers a wider range than the what the narrow far left filter of the Boston Globe gave them.

The MSM/DNC really want this to just go away, but this story has legs that just keep going on and on.

Michael Graham nails it: It’s Not That He’s Liberal, And It’s Certainly Not That He’s Black. It’s That Obama Just Really Sucks At Being President

According to the famous Obama Economy chart, unemployment would be at 5.25% by now in the “worst” case of the government doing nothing.

Now we know the actual worst case scenario was the Obama economic plan!

“Compared to the typical Zim/Chomsky-spouting grad school clown, a trucker with a screaming eagle hat is a paragon of political nuance.”

Attack of the 50 Ft. Democrats by R.K. Delka

R.K. Delka mixes a few genres in this story. Political satire, B-Movie SciFi Horror flicks, and a good dose of humor. Word of warning, anyone who cried in disappointment when Keith Olbermann was tossed off MSNBC won’t find this funny. People who pay attention to a wider spectrum of news will. While Mr. Delka approached this subject with tongue firmly planted in cheek, aspects of the story struck home with precision accuracy. The majority of the “mainstream” media giving up all pretense of objectivity to become ‘fan boys’ of a President who can’t be trusted to speak without a teleprompter (he messes up words with a silent ‘p’, just like President who said ‘corpsemen’, twice, while giving speech honoring US Navy Corpsmen) is one example. The more subtle one was the 50 ft democrats roaming the nation destroying sections of cities. They don’t need to be 50 feet tall to do that. Just look at Detroit. 50 years ago it was a thriving, vibrant city with one of the highest per capita incomes in the nation. 50 years ago was also the last time a Republican was involved in the city government. 50 years later, large sections of the city lies in ruins, the people are impoverished, almost half the streetlights don’t work, and the city is bankrupt. Attack of the 50 Ft. Democrats is funny, but it is also a warning. Congressional democrats may not actually have the brand of certain billionaire who spends orders of magnitude more money than the Koch brothers, but they are certainly more under the influence of his money than they are the votes of the people they are supposed to represent. So laugh away, but pay attention to the message, which includes this, It Is Not Too Late. Oh, and he set the stage for a sequel. So expect more adventures featuring the former US military fighter pilot turned politician.